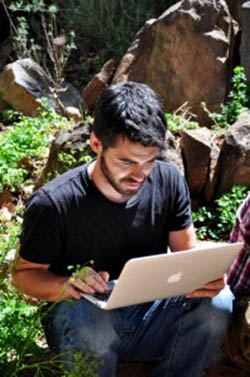 Why Larger Sites?
As Hayden says, “Micro Sites are dead” because of:
Sandbox. It’s simply taking up to 6 months for a niche site to truly rank well in Google; and this time lapse can tie up cashflow…making it more difficult to build dozens or hundreds of sites at once.
The EMD update took away the weight of having an exact match domain.
However, overall Hayden is still using similar process for keyword research, he is just working on larger sites.
One of the benefits of building larger sites is that they can get higher multiples when selling, not just through Empire Flippers (where all sites are listed at 20 times monthly earnings; a very healthy multiple).
The Google sandbox seems to only exist for higher LMS keywords:
Hits homepages more than inner pages
Building on expired domains seems to bypass or at least reduce sandbox 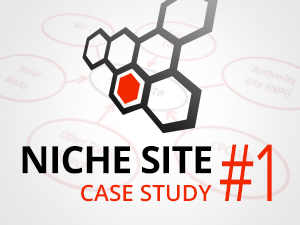 Check out my niche site case study where I take a site from new domain to earning its first income. With some Google Sandbox, PBN's and SEO along the way!

The Story So Far

Never have I been more sure that the Google Sandbox exists than I am today.

This domain has confirmed what I have thought for some time now, and that is that the Google sandbox does exist and there is now a period of 4-6 months where your newly registered domain name will not perform well in the SERPS.

This means it is now taking around 6 months to see any positive SERP movements in Google for brand new registered domains. There are exceptions, however this has been the case for most of my sites and this one in particular.

I have thought for a long time that the Google sandbox wasn’t something to be concerned with. However if we learn anything from this case study it is that the Google Sandbox definitely should be taken into consideration when starting a niche site.

How do I know?

Well, after purchasing the domain I did nothing other than set up a basic site and add 1,500 words to the homepage. There was nothing special about the homepage, just a couple of mini product reviews and an list of the pros and cons for these products, along with a tablepress comparison table.

I wrote the content myself, so I knew it was unique and pretty good in comparison to the top 10 competition based on word count and information quality.

Nothing really happened for the first 6 months, the site sat around 200+ position for it’s main keyword with little to no movement.

Then something crazy happened. The day after the site turned 6 months old, I checked my rankings via SERPBook, and low and behold, there was my site sitting pretty at 40th position for its main keyword. This was with zero link building and zero updates in 6 months…!