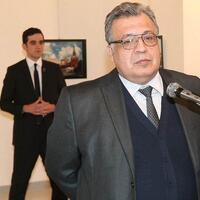 Social media posts and e-mails sent by police officer Mevlüt Mert Altıntaş, who assassinated Russian Ambassador to Turkey Andrey Karlov in December 2016, were deleted with the help of a virtual computer, according to the latest findings in the... Ross William Ulbricht (born March 27, 1984) is a convicted American darknet market operator and narcotics trafficker, best known for creating and running the Silk Road website from 2011 until his arrest in 2013. He was known under the pseudonym "Dread Pirate Roberts," after the fictional character in the novel The Princess Bride (1973) and its 1987 film adaptation. Ulbricht was convicted of money laundering, computer hacking, conspiracy to traffic fraudulent identity documents, and conspiracy ...

Ulbricht was first connected to “Dread Pirate Roberts” by Gary Alford, an IRS investigator working with the DEA on the Silk Road case, in mid-2013. The connection was made by linking the username “altoid”, used during Silk Road’s early days to announce the website, and a forum post in which Ulbricht, posting under the nickname “altoid”, asked for programming help and gave his email address, which contained his full name. In October 2013, Ulbricht was arrested by the FBI while at the Glen Park branch of the San Francisco Public Library, and accused of being the “mastermind” behind the site.

To prevent Ulbricht from encrypting or deleting files on the laptop he was using to run the site as he was arrested, two agents pretended to be quarreling lovers. When they had sufficiently distracted him, according to Joshuah Bearman of Wired, a third agent grabbed the laptop while Ulbricht was distracted by the apparent lovers’ fight and handed it to agent Thomas Kiernan. Kiernan then inserted a flash drive in one of the laptop’s USB ports, with software that copied key files.